Birthday Parties - Birthday coming up? Come celebrate it with us!

Book your party
Birthday Parties - Birthday coming up? Come celebrate it with us!

Abbott’s Bar and Grill is the definition of a neighborhood bar and grill. Established in 2003, it has become a favorite in John's Creek ever since. This is the type of place the big national chains are trying to replicate. Abbott’s is locally owned and operated. Please come in and see us, talk to us, fall in love like we did and become a regular.

We offer a full selection of sandwich options, sides, entrees, and desserts. In addition to food, we can set up a cocktail party as well. 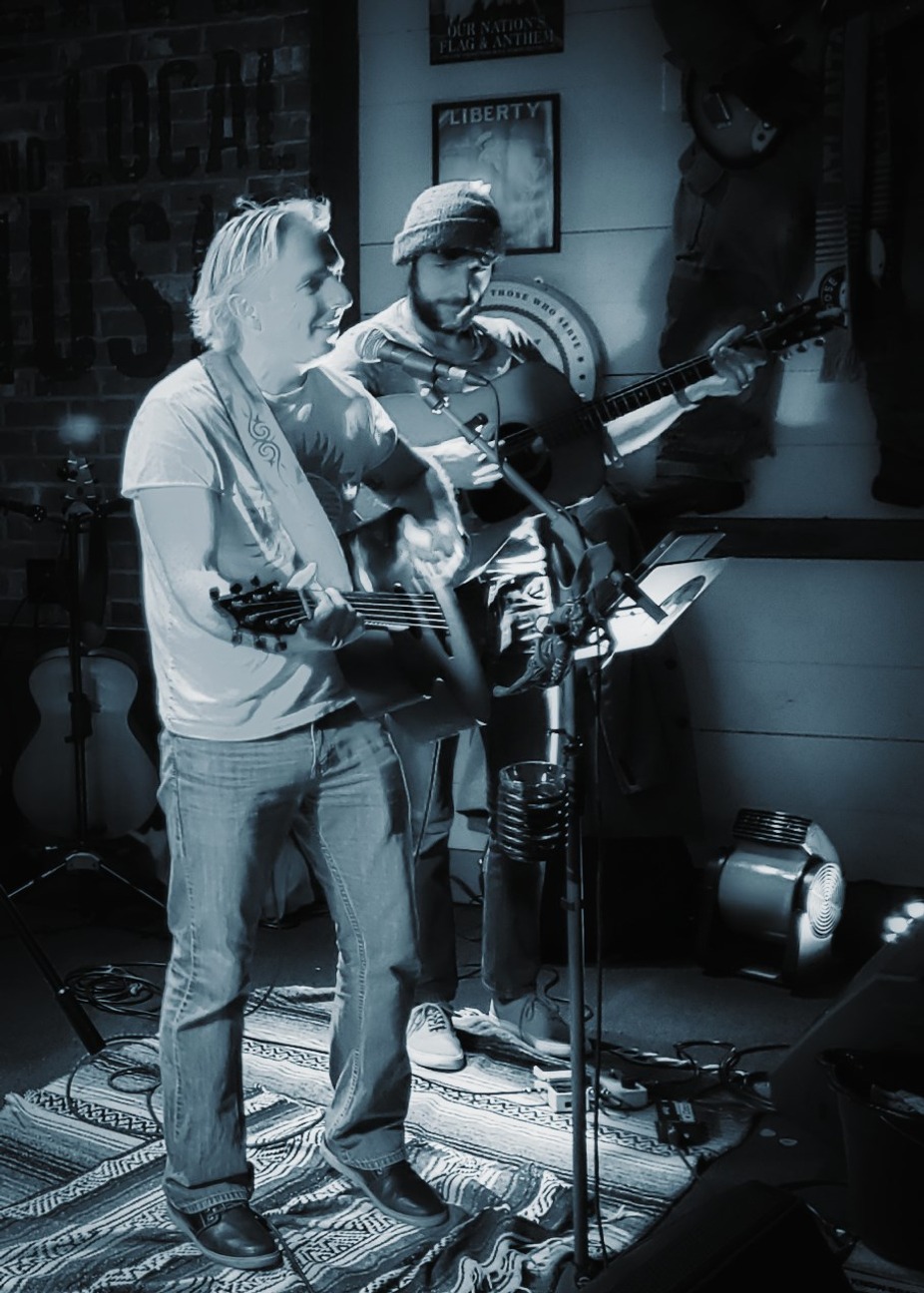 August 12th - the boys of Acoustical Left are quite an amazing bunch of multi-talented gentlemen that will have you out of your seats and dancing. 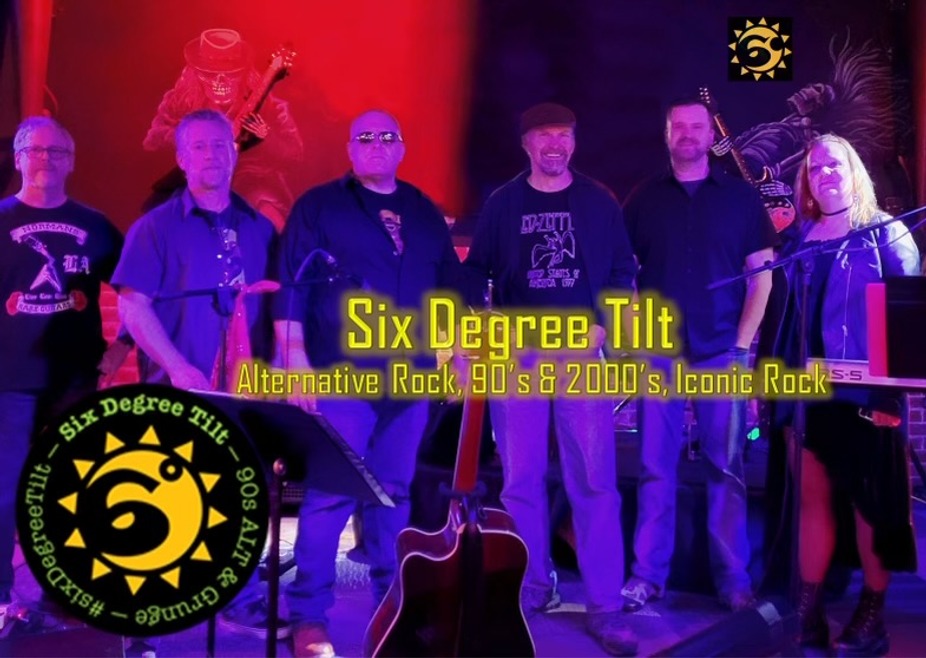 Saturday August 13th - Six Degree Tilt is group of awesome musicians and great friends who love to entertain and excite people with the Iconic Alternative/Grunge Music of the 90s and early 2000s (as well other surprises). We like to see heads nodding and people singing along. Come Out, Rock On, and Get Tilted! 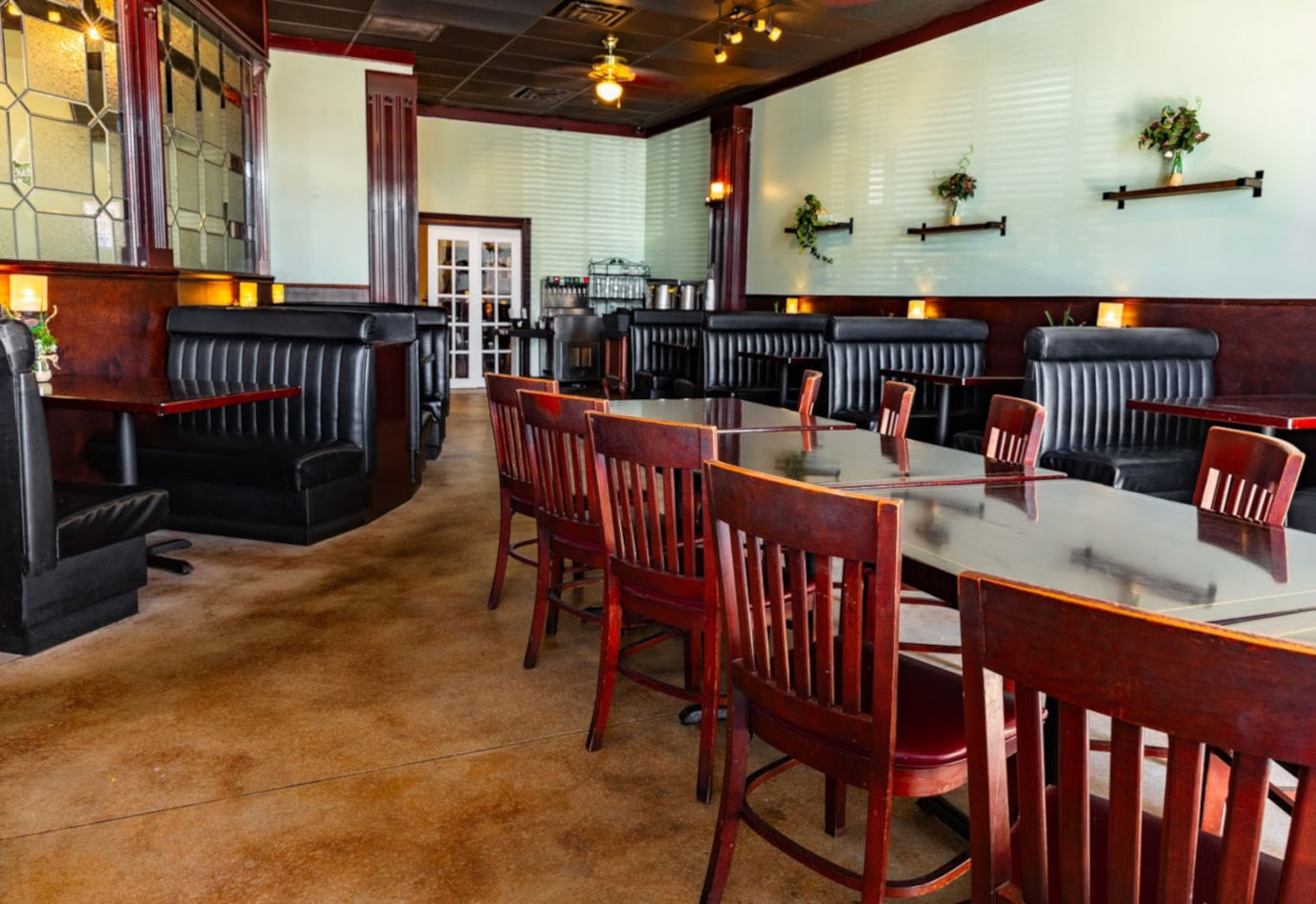 Join us on National Rum Day on August 16th! 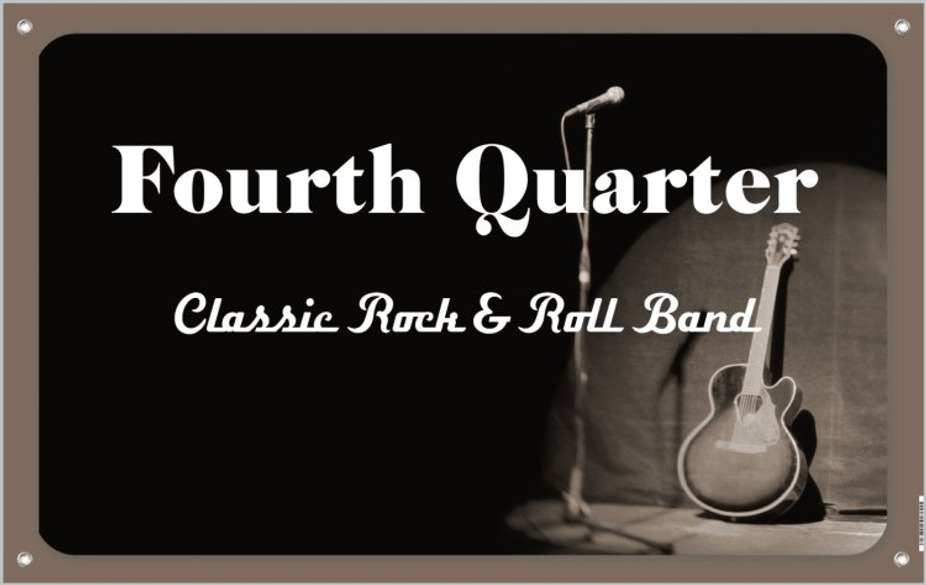 August 19thth - Fourth Quarter is back!!! Come listen to Fourth Quarter play classic Rock ‘n’ Roll. Songs that everyone knows and loves. Everyone will be singing along, dancing and have a really good time!

It's National Whiskey Sour Day! Come down and let our awesome bartenders make you a great Whiskey Sour! 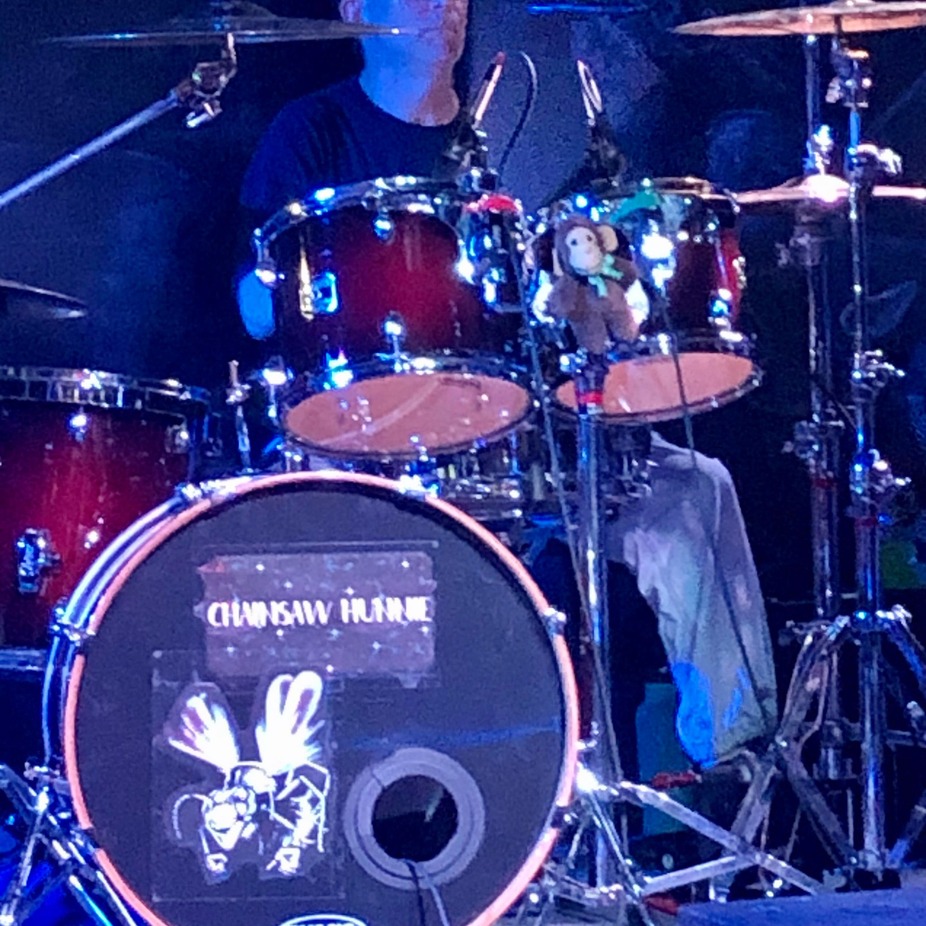 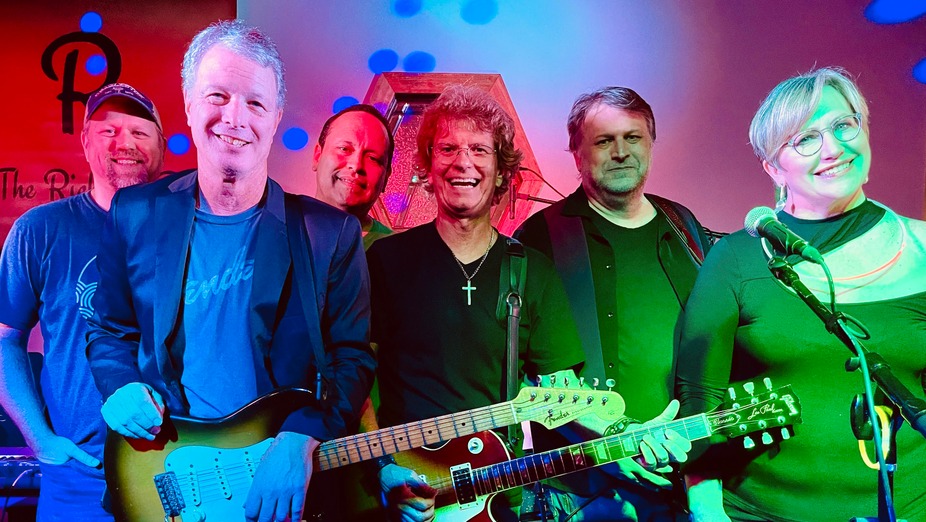 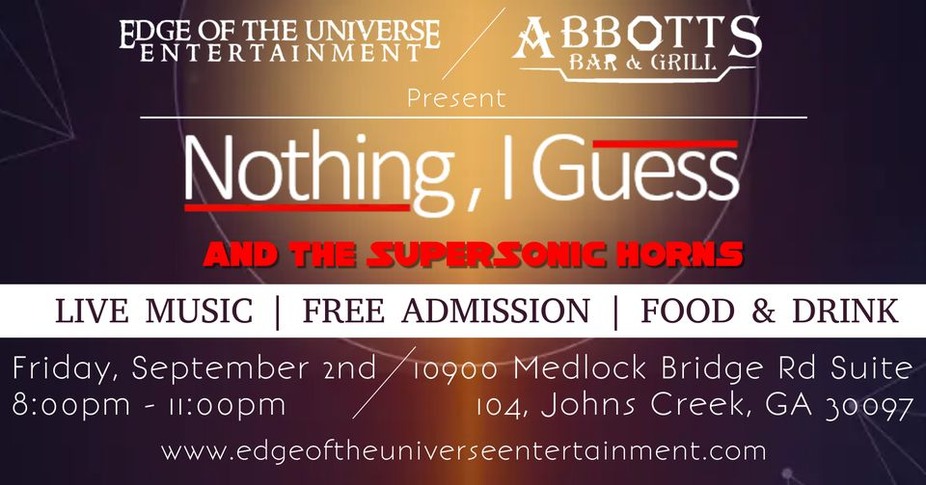 NOTHING, I GUESS & THE SUPERSONIC HORNS

Friday September 2nd - Join Nothing, I Guess & The Supersonic Horns for a night of fun, food, and drinks. We're happy to announce that we'll be joined by the newest Nothing, I Guess member Andy Liechty! We look forward to getting back on stage at Abbott's. We'll be playing your favorite music from '60s, '70s, '80s, '90s, '00s, '10s and now! Great food, and an attentive staff is sure to make this a great night! 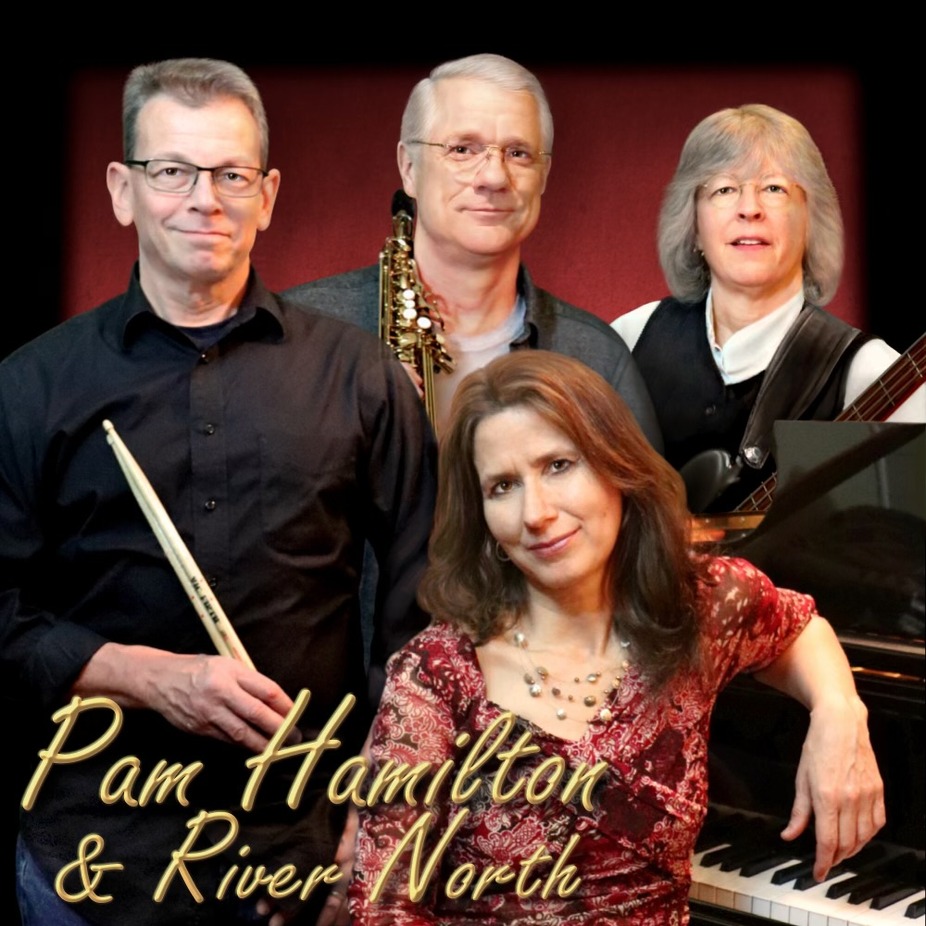 River North is a group of longtime music friends from Duluth, Georgia who play an eclectic mix of jazz, Americana, and unique originals. Lead singer and songwriter, Pam Hamilton, is on keys. She is joined by Brenda Ehly on bass, Scott Ehly on sax and flute, and David Dworkin on drums. You’ll have as much fun hearing their music as they do playing for you Saturday September 3rd! 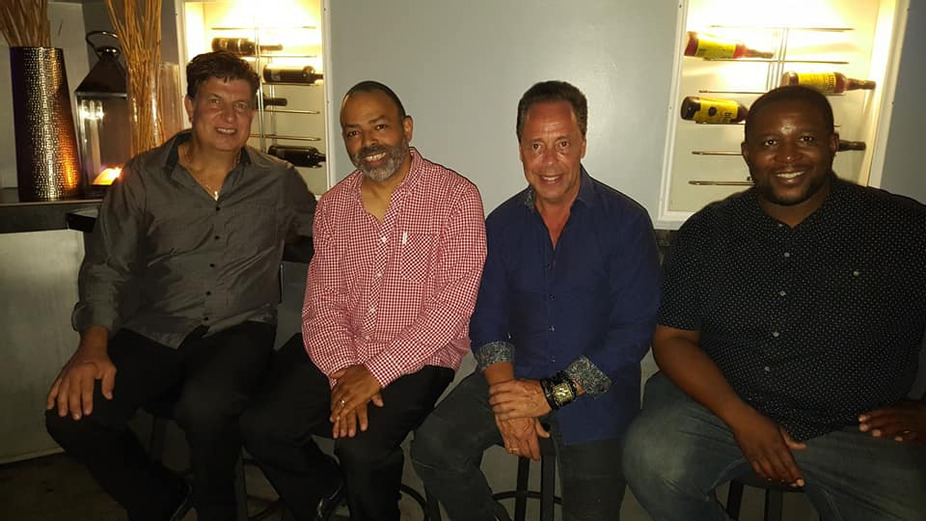 September 9th throw on your dancing shoes for a night of R&B/Pop/Rock/Hip-Hop Band – This 4-piece powerhouse sounds like an 8-piece! Led by superior vocalist/keyboardist Glen Perdew, the Playlist has some of the best musicians in the industry and the most diverse repertoire on the circuit. From Snoop Dogg to Hootie and the Blowfish to Prince to Michael Jackson to Harry Styles to Maroon 5, this band plays it all! Bring your dancing shoes and prepare to party! 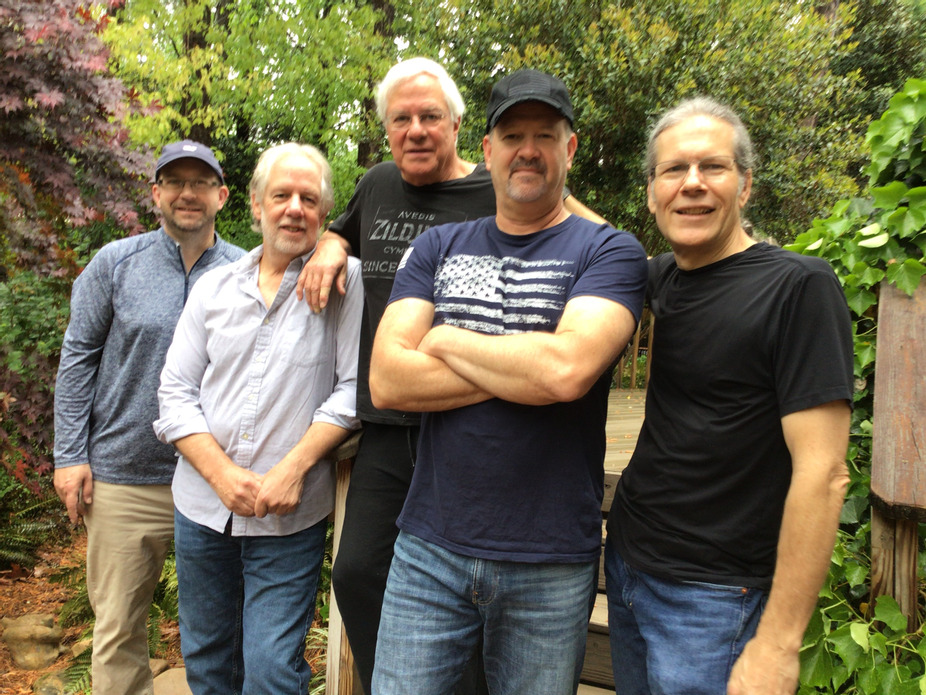 Saturday September 10th - The New Bridge Band rocks the house with our unique mix of familiar and eclectic songs from across the musical spectrum. Bridging the generation gap, we play the songs that we love and that our sons and daughters enjoy listening and dancing to. We play a wide range of music, stretching from Peter Gabriel to Ella Fitzgerald, and from Tom Petty to James Brown. 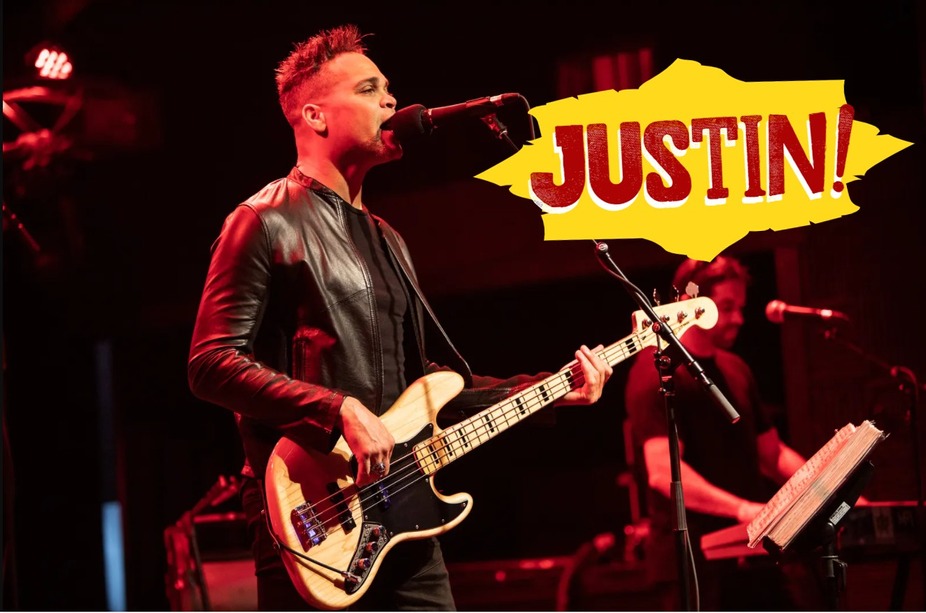 He will have you dancing all night. Don't miss JUSTIN Friday, September 16th at Abbott's!

Friday September 23rd - Six Degree Tilt is group of awesome musicians and great friends who love to entertain and excite people with the Iconic Alternative/Grunge Music of the 90s and early 2000s (as well other surprises). We like to see heads nodding and people singing along. Come Out, Rock On, and Get Tilted! 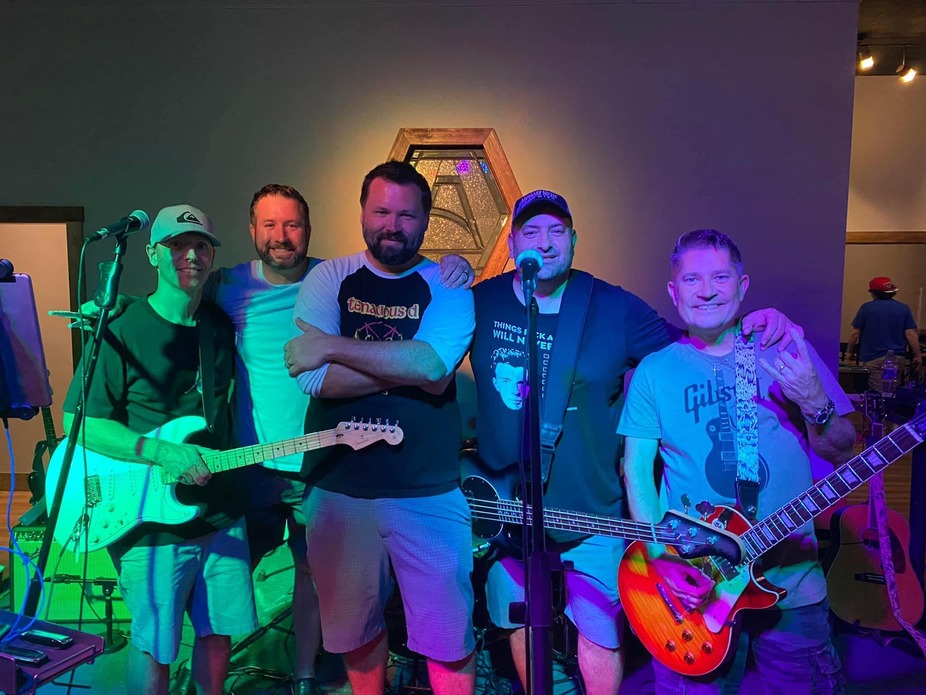 Saturday, September 24th - Working From Home is a Rock & Roll cover band based in Johns Creek covering bands from the 70s thru current. They will have you dancing for sure.

Join us for National Drink Beer Day on Sept 28th and try one of our many craft brews! 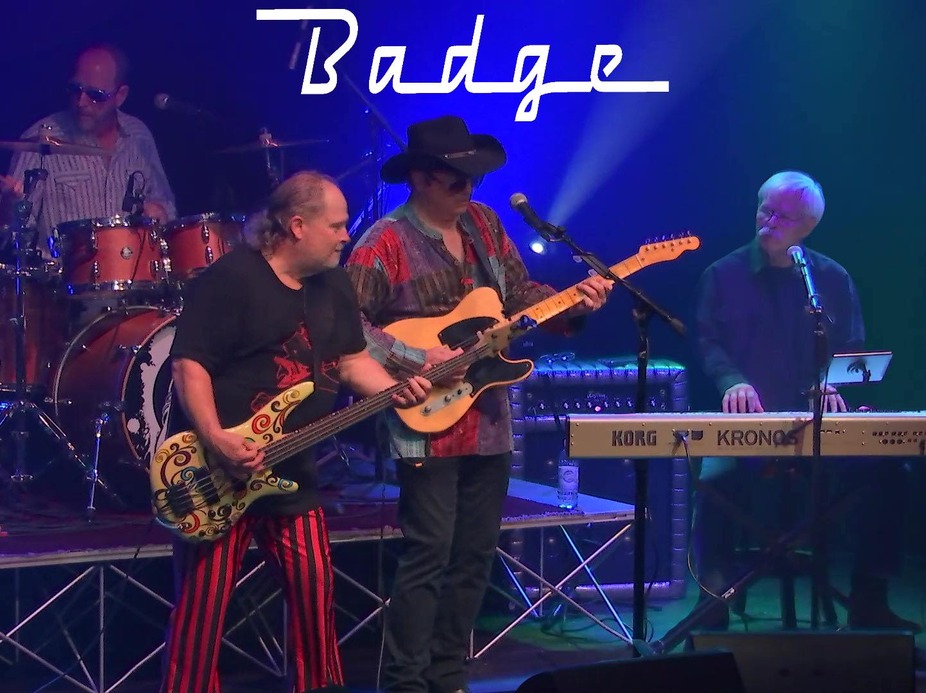 September 30th - Take a retro walk through the era of music when analog was king! Badge is not your average cover band. Performing BIG big songs you won't hear other cover bands play. Tributing original hit recordings from bands like ELO, Moody Blues, Grass Roots, The Beatles, Stones, The Monkees, CCR, The Cars and so much more! Badge is Atlanta's Ultimate 60s & 70s Rock Tribute 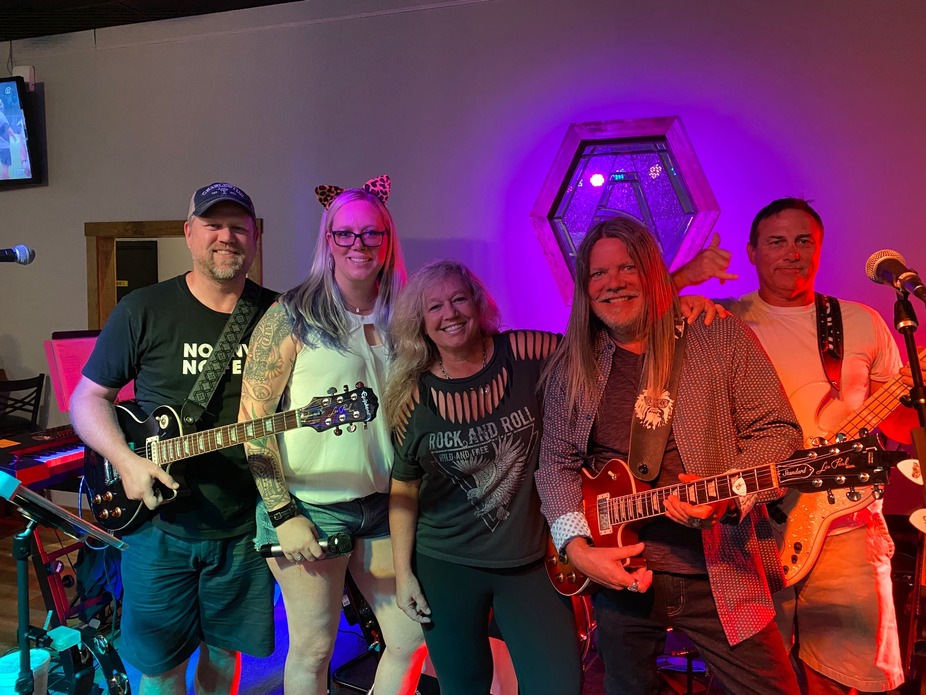 October 1st DON'T MISS IT! Liquid Southern is a female lead high energy band that just happens to be made up of some of Abbott's favorite regulars. Come on down and experience why we love them so much and while you're at it, order a Liquid Southern from our drink menu. 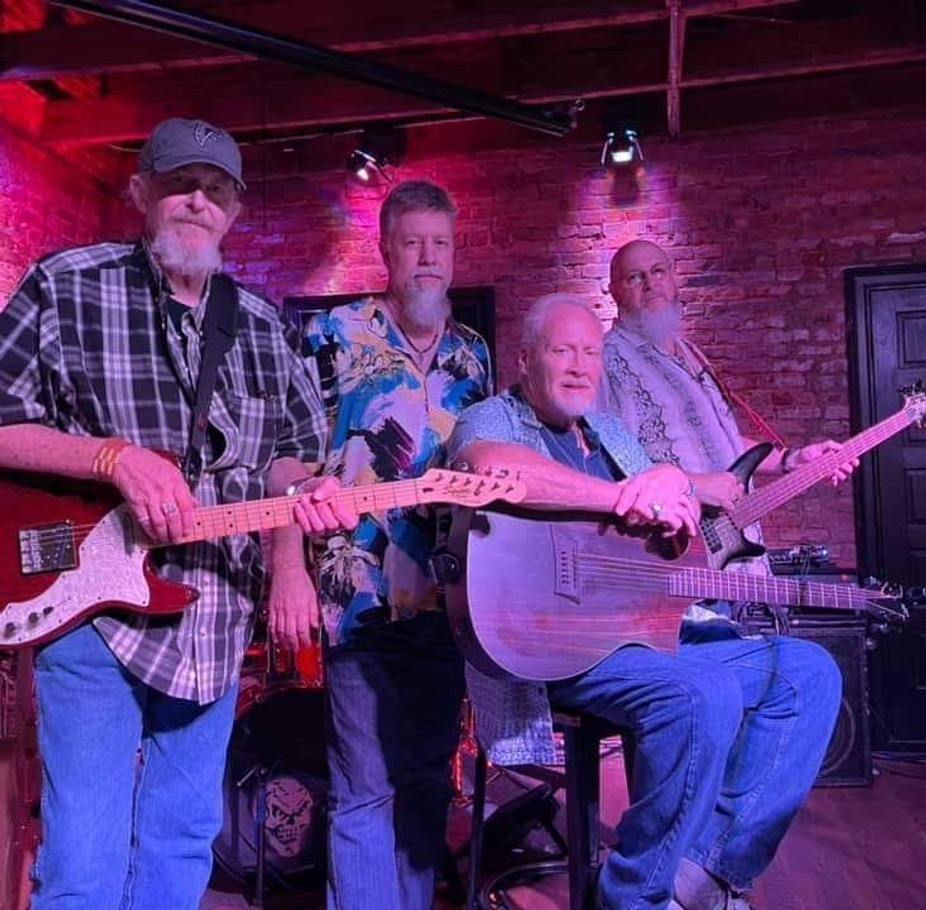 October 7th - The Boys are back @ Abbott's for music, fun & shenanigans 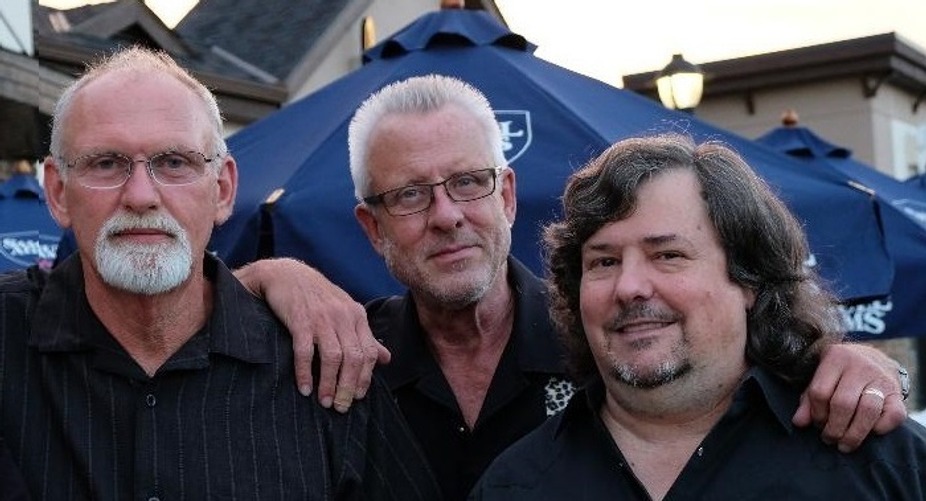 Friday October 14th - The SpinOffs Band is a group of seasoned musicians who play a combination of classic and eclectic Rock and Roll, designed to make you tap your feet, bob your head and maybe even get up and dance. If you've seen them before, you understand. If not, you need to make plans to see them ASAP to experience and have fun with The SpinOffs!

I had the vegetable pasta which is actually spiraled veggies. A mixture of onions, carrots, spinach, etc. with a light sauce. I loved it! It was not soaked under a bed of heavy sauce and I appreciate the waiter was sure to let me know that it was not actual pasta, instead of just saying ok and taking the order...

...The food was great, and the service fantastic. Everyone remarked how much they enjoyed the food. The band playing was very good, and everyone enjoyed the music. It was a really special night...

today was my first time visiting. i had the Cajun Shrimp pasta and it was spicyyyyyyyyy!!!!! i heard this restaurant has live band shows so i definitely must come back for some live entertainment while i try more things on the menu--there was so much i wanted to try just today alone!...

I love this place. It's a great neighborhood bar and restaurant. They have music on weekends and the food is really good. You have to try the wings and buffalo chicken salad! The staff is phenomenal and really make you feel welcome.